Punk rockers Clowns dropped some brand new music on triple j yesterday, and they’ve now shared the official video for their new single Destroy The Evidence and have announced a new tour to boot.

The first follow-up to their 2015 album Bad Blood, Destroy The Evidence (below) is a typically up-beat killer, and in the accompanying clip the Melbourne outfit have followed in the footsteps of countless other bands by compiling footage of themselves on the road and going nuts during shows.

Fittingly then, Clowns have also announced a quick-fire round of east coast shows this October, for after their current shows and shenanigans in Europe. These new Aussie dates kick off on Friday, 14th October, starting up in Brisbane before making their way down to Sydney and Melbourne.

All three shows will be supported by Brisbane band No Anchor. Catch all the tour and ticket details, below. 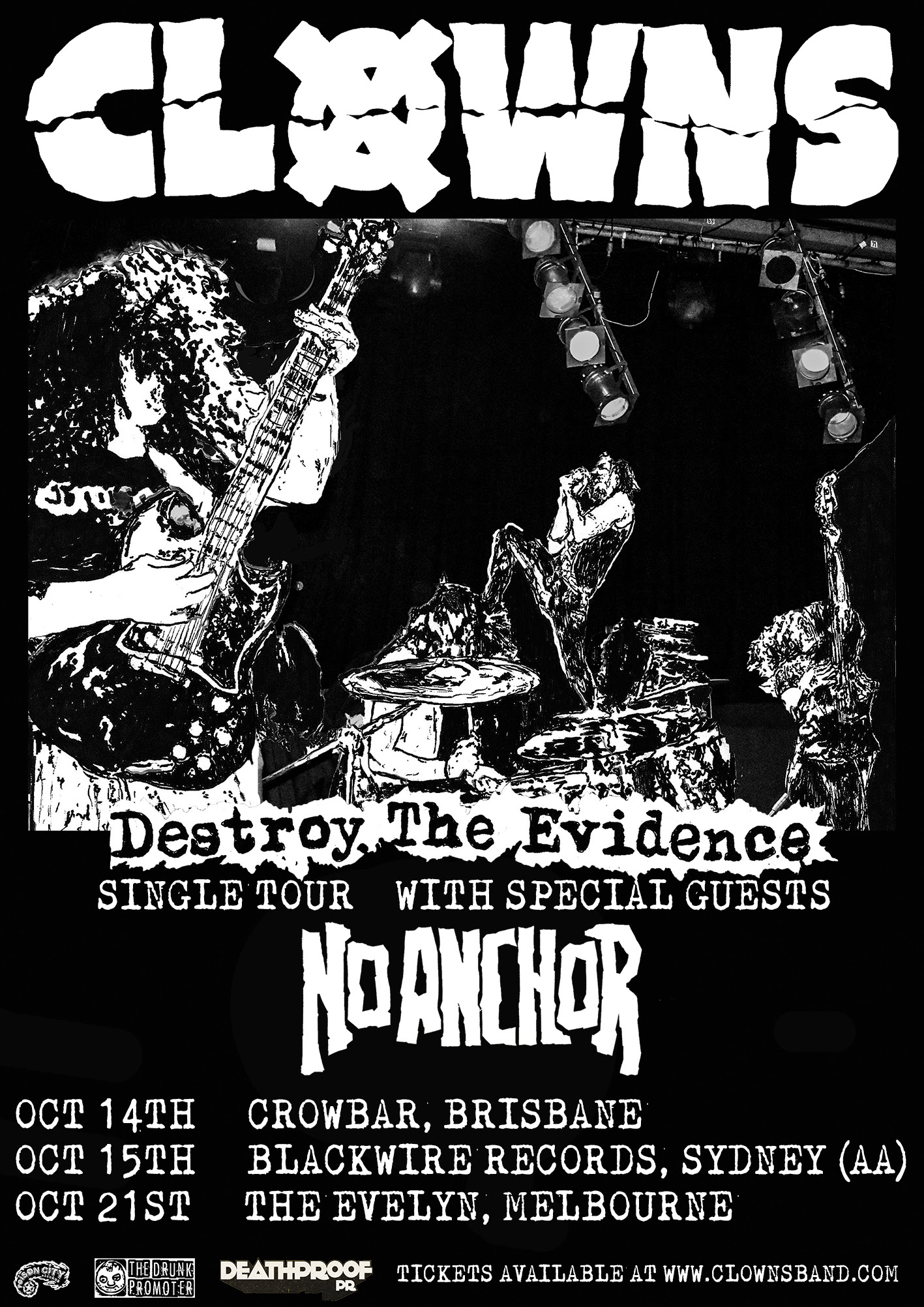 Yours Truly Share ‘Hallucinate’ feat. Josh from You Me At Six & Announce New EP ‘Is This What I Look Like?’