Shakafest is a new boutique music festival is coming to the Gold Coast this August, and festival organisers have now unleashed the second lineup announcement for the day.

To be held at the Miami Tavern Car Park, the festival which promises “all things street, skate and music” had announced that Drapht, Dune Rats and Spit Syndicate would be headlining in their first lineup announcement.

These new additions will take to the newly announced Sharky Stage, to be hosted by GD FRNDS, separate to the main stage which will host the previously announced acts.

Catch Shakafest’s updated lineup alongside date and ticket details, below. 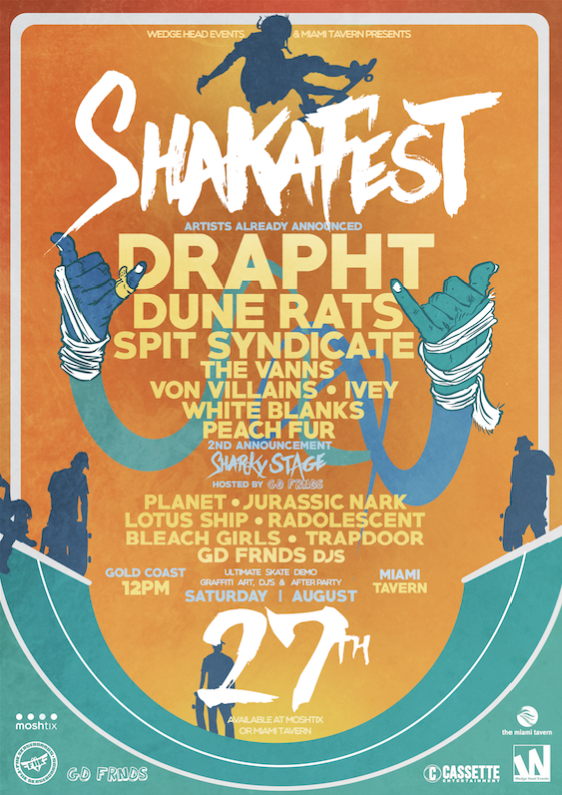 UNIFY Gathering Confirms January 2022 Event Will Go Ahead As Planned

Vera Blue On Heartbreak, Tempers & Writing Herself A New Narrative