Chicago hip-hop musician Common will be coming Down Under in May for four exclusive tour dates.

The occasional actor and film producer has just announced the tour in what is set to be his first set of shows in Australia in two years.

Common will be well backed-up, with fellow entrepreneur and social activist Talib Kweli joining him for the tour, which kicks off on Friday May 6th at Trak Lounge in Melbourne, before moving on to Brisbane, Adelaide and Sydney.

Pre-sale tickets go on sale on March 29th and to the general public on March 31st.

Update 19/04/2016: Common and Talib have cancelled their Brisbane show, replacing it with show in Perth at Metro City on the same night. 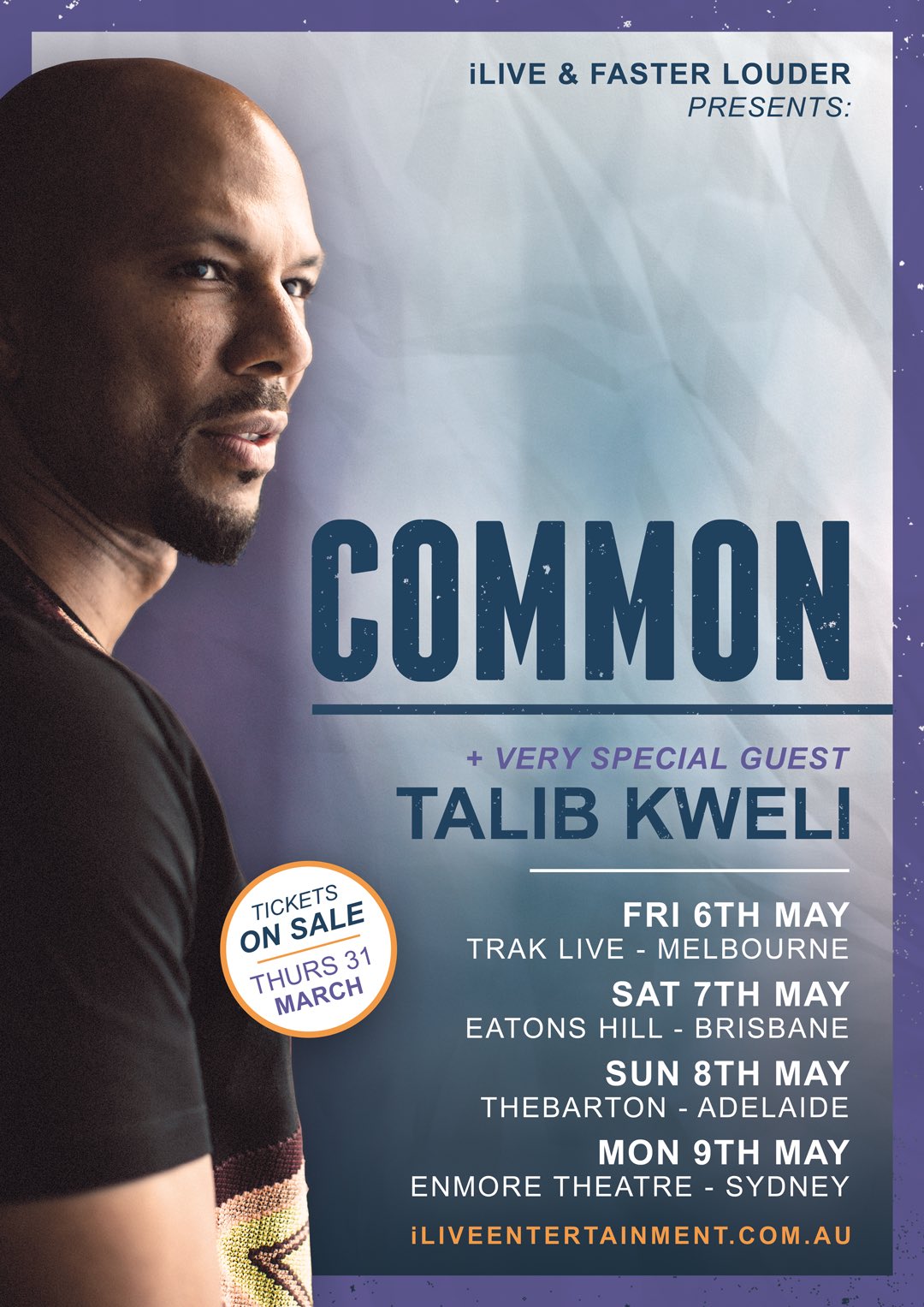 Birds Of Tokyo, Baker Boy And More To Perform At AFL Grand Final