At long last, the final acts for Glastonbury 2016 have been revealed, with full, unconquerable set-times in tow.

Anticipation was already pretty-damn high, with festival organisers having already revealed that there will be special tributes to David Bowie and Prince over the course of the week.

With Adele, Coldplay and Muse set to headline the festival – the final additions have taken the already incredibly comprehensive lineup to another level of awesome, if that was even possible.

New acts on the bill include Damon Albarn, Tame Impala, Mystery Jets, Alessia Cara, Band Of Skulls and Catfish and the Bottlemen – among swathes of other acts.

If you’ve already got tickets, this be you right now.

The announcement of set times has also revealed that Disclosure, New Order and LCD Soundsystem will close the second main stage (the Other Stage), while other stage closers across Friday to Sunday include the aforementioned three main headliners on the Pyramid Stage, as well as Underworld, James Blake, Earth, Wind and Fire, Sigur Ros, M83 and Jake Bugg across other stages.

For the full list of set times, head to the official Glastonbury website, and for the full lineup, get your magnifying glass and see below. 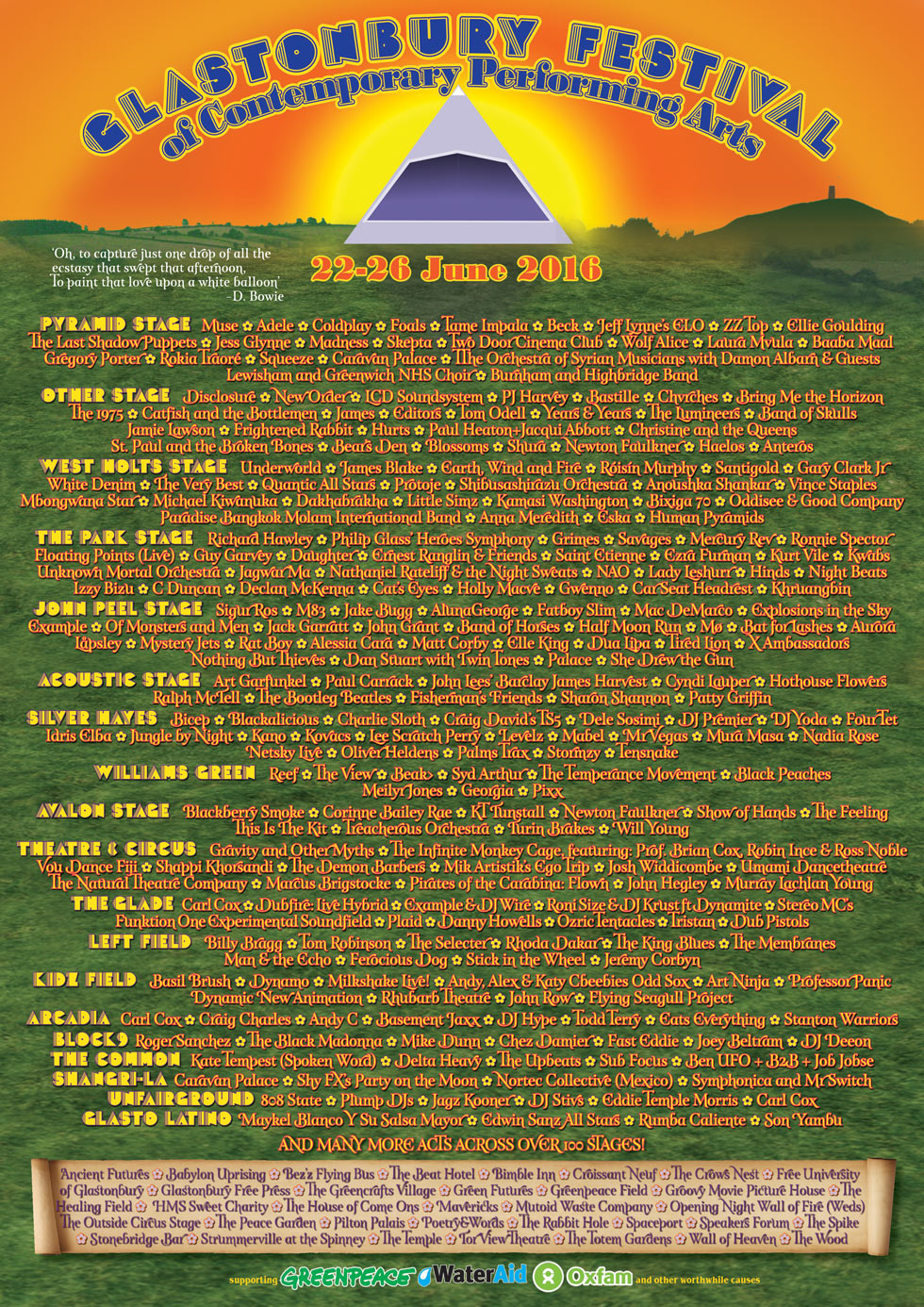 Smashing Pumpkins Are “Halfway” Through Working On Next Album

Beloved Cartoon Arthur To Be Cancelled After A Record 25 Years

Elton John Claps Back At DaBaby For Homophobic Rant