Back in January, US alternative rock outfit Brand New were tipped to be releasing a new album at some point in 2016.

The news of the release came just a few short months after frontman Jesse Lacey told fans at a show that the band won’t be able to “last much longer”, fuelling rumours that this fifth LP will be their last.

Now, a listing for a brand new Brand New song titled I Am A Nightmare has surfaced on Amazon – complete with a 30 teaser. The listing has an expected release date of Friday, 20th May, and is a little less heavy than a lot of Brand New’s previous work.

You can listen to the teaser here, and check out the album artwork below. 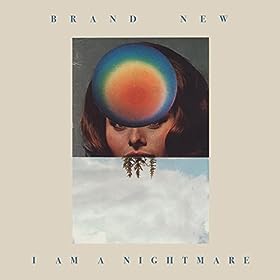