The likes of Courtney Barnett, Daryl Braithwaite, James Reyne, Julia Stone, The Veronicas and The Whitlams have been added to the Great Southern Nights 2022 program.

Great Southern Nights was designed to celebrate “the very essence of live music in Australia,” said NSW Minister for Jobs, Investment, Tourism and Western Sydney, Stuart Ayres. Great Southern Nights will feature more than 500 COVID-safe gigs in 350 venues. Almost half of the events are happening in regional NSW areas.

“[It] will be a huge boost for those regional economies and the fans to see their favourite artists perform live,” said Ayres.

You can take a look at the program here, browse the gig guide, and create your own GSN event calendar. 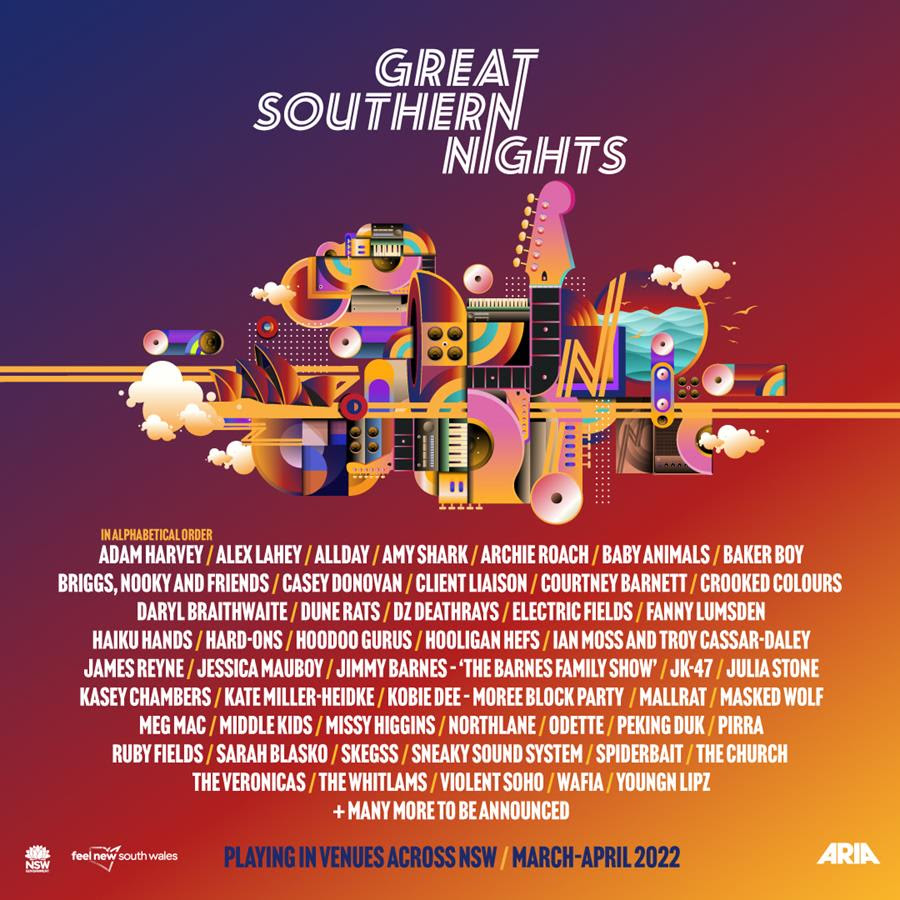 Ocean Grove Announce New Album ‘Up In The Air Forever’